The Republic of the Union of Myanmar, better known as myanmar or Burma, is located in Southeast Asia and has an area of more than 670,000 km2. Myanmar has a population of more than 53.7 million people and a GDP per capita of almost $1,330 (World Bank, 2018), indicating the low economic and social development in the country. In fact, within Myanmar’s education system, children are only legally obligated to attend primary school. This causes the majority of its children to complete only the basic education requirements. After a comprehensive review of the education system at the national level, the ministry of Education drew up a National Strategic Plan for Education (2016-2021). Among other objects, this plan sought to pass a bill which made access to high quality, upper-level education legal and mandatory.

Despite the reforms and increased investment in public education (from 0.8% to 2% of GDP from 2011-2018), many children and young people still do not have access to education. This is due to the low level of school infrastructure and teacher qualifications that constitute the country’s educational system.

Everything started with a trip to Myanmar in 2016, when Ko Ye, a local guide told us about the problems the children of Ngakhommasan, a small town of  Twante in the Province of Ragun, faced regarding their access to education.  We learned that only 70%  of children from Ragun completed higher education levels, because this was not mandatory in the region (2014 census): this number was even lower in rural areas.  This can be specially seen in Ngakhommasan, where many children forgoed their education due to the long distances they had to travel in order to attend school.  The town only had one primary school, which was composed of approximately 140 enrolled students. The school was organized in only six classes, composed of children ranging from 3 to 9 years old. Through Ko Ye we learned that the school would be able to offer high school classes if an additional building was constructed. Therefore, we made the decision to lead this initiative in order to contribute to the education and well being of the children from Ngakhommasan.

In July 2017 and thanks to the support of our different volunteers, we started the construction project. Through a collaborative  and participative construction approach, we were able to work closely with the different families from Ngakhommasan, who actively contributed to the project as well. In order to maximize the available resources, we used local materials and human capital, coordinating a supervising the project from Madrid.

In the following link you will be able to find more details about the development and construction of this project: Twante Ngakhommasan School Construction 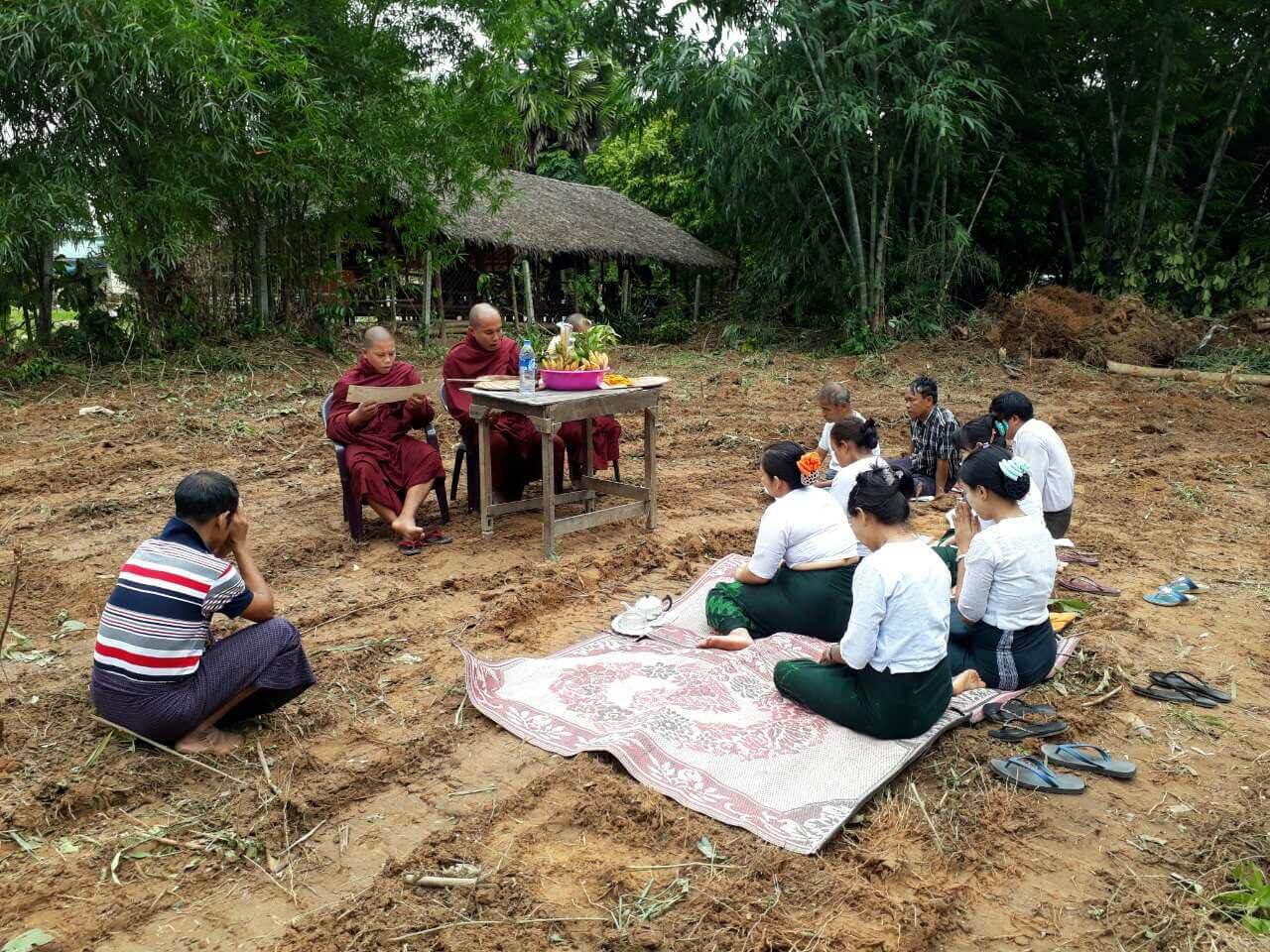 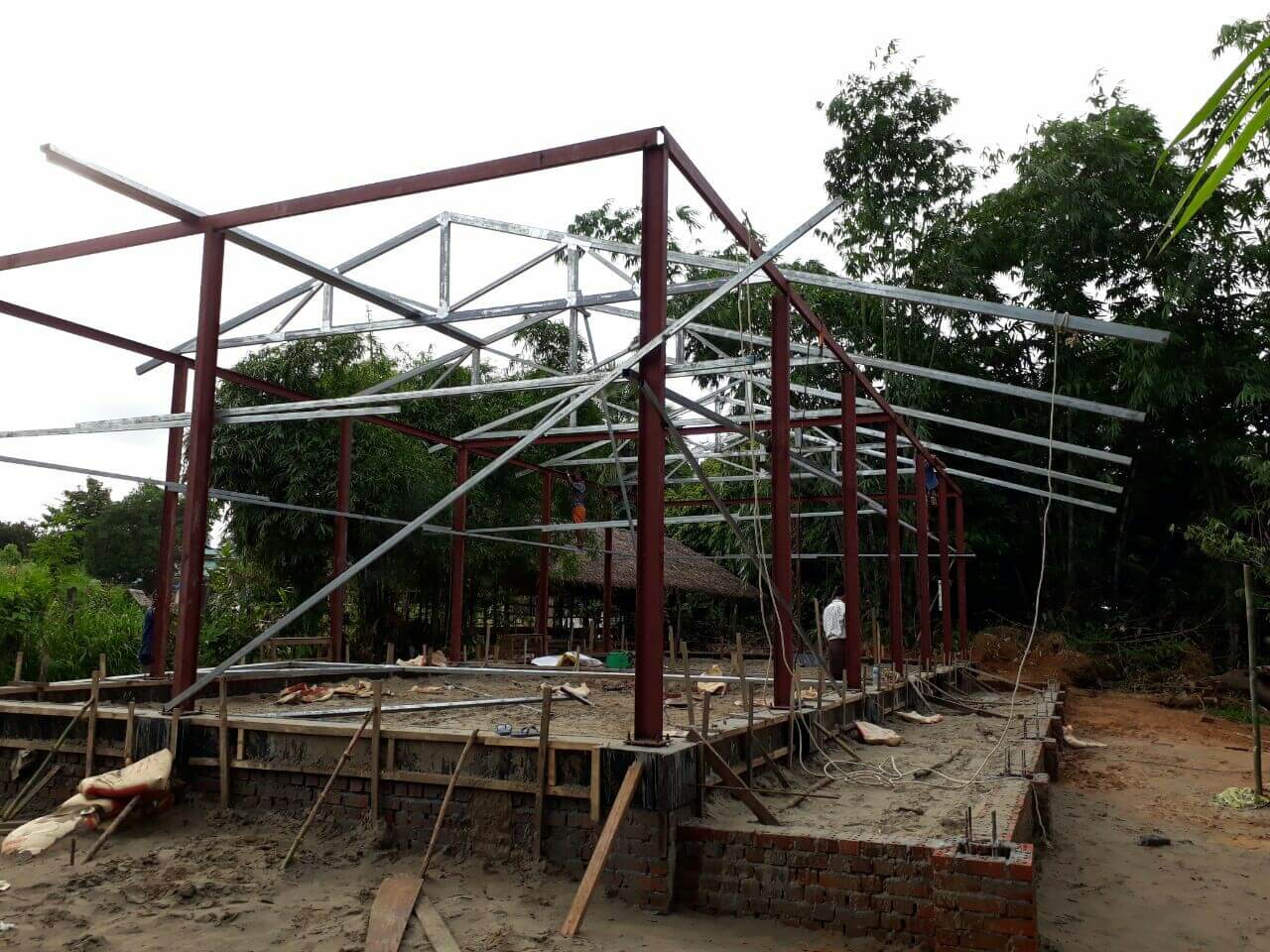 On November six we started the fundraising for this project, through the participation of some members from the Ocean Infrastructure team on the New York Marathon.Our team was incredibly involved from the beginning of this project, working on the design and construction of the building. Furthermore, we decided to include, as part of the project, the adequation of the rest of the available terrain to build a children’s park. This way, we would also build the value of exercising in the children who attended the school.

From the Fundación Oceáno Solidario we always work to maximize the reach of all of our actions. Far beyond promoting the educational development of children and young adults, we always look for ways in which we can sustainably contribute to the growth of the local economy. Due to this, we locally  bought and sourced all the materials necessary for the construction of the library reducing the number of intermediaries and creating a bigger, more sustainable impact.

Read more
Necessary Siempre activado
Necessary cookies are absolutely essential for the website to function properly. This category only includes cookies that ensures basic functionalities and security features of the website. These cookies do not store any personal information.
Functional
Functional cookies help to perform certain functionalities like sharing the content of the website on social media platforms, collect feedbacks, and other third-party features.
Performance
Performance cookies are used to understand and analyze the key performance indexes of the website which helps in delivering a better user experience for the visitors.
Analytics
Analytical cookies are used to understand how visitors interact with the website. These cookies help provide information on metrics the number of visitors, bounce rate, traffic source, etc.
Advertisement
Advertisement cookies are used to provide visitors with relevant ads and marketing campaigns. These cookies track visitors across websites and collect information to provide customized ads.
Others
Other uncategorized cookies are those that are being analyzed and have not been classified into a category as yet.
GUARDAR Y ACEPTAR